When you listen to steady pulses of audio such as shamanic drumming, psytrance bass-lines or isochronic tones, your brainwaves tend to synchronize with these frequencies. Here is a basic chart explaining how they work. 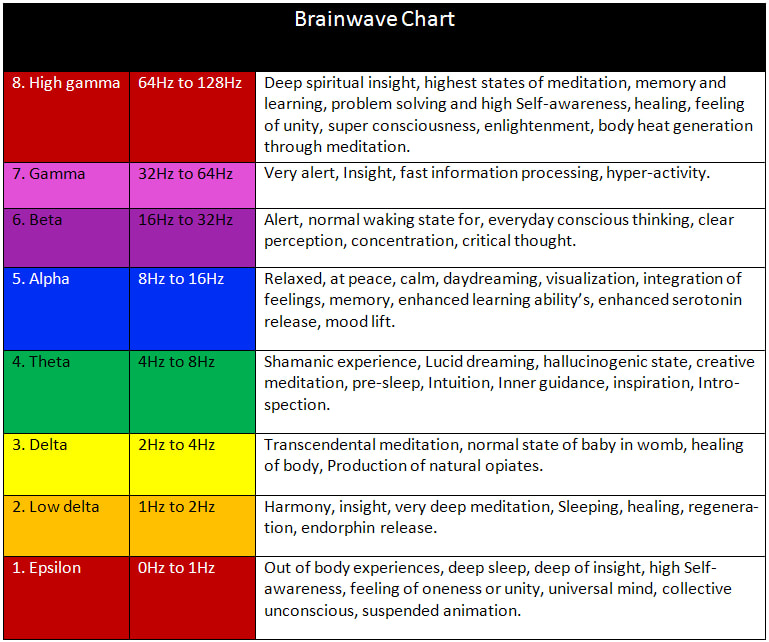 ​These frequencies function as a background frequency influencing the biological circuitry of much of the life on Earth. The phenomenon that brain rhythms may overlap and become synchronous with ultra-low frequency electromagnetic activity occurring within this resonant cavity has been observed and reiterated by many independent scientists.
You can learn how to add brainwave frequencies into your music in this book:
Go to the next page.
Powered by